To look for stuff, use the navigation on the right side of the screen.
Use/posting of my translations in other sites is A-OK, as long as you link it back here. Heck, you don't even have to credit me as a person, just link it here. 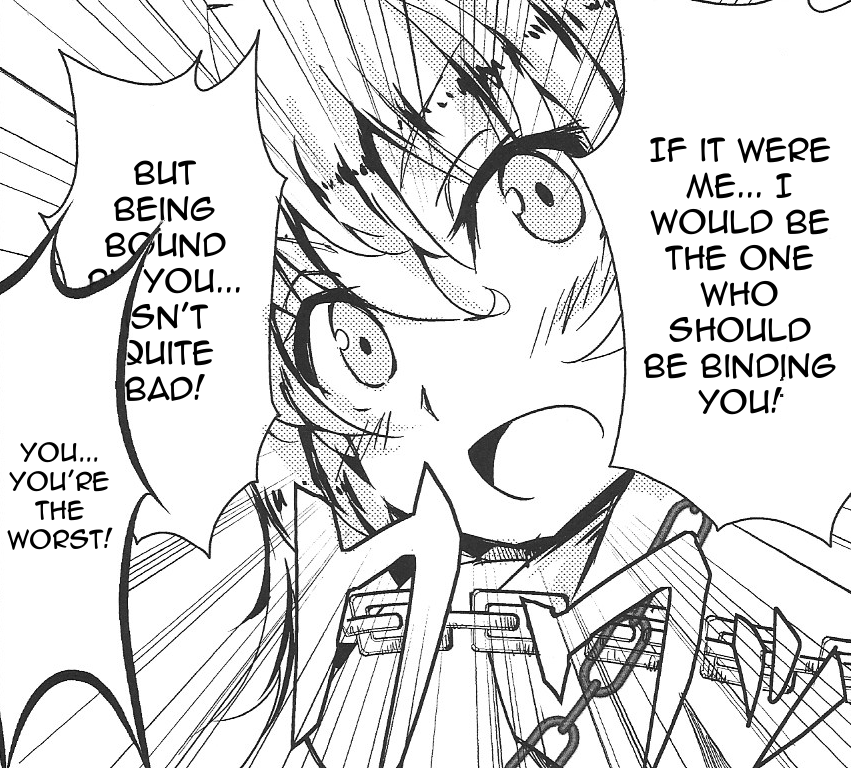 rip aya
Apparently there are 9 doujins in this series... I have tomorrow off so I'll do the other two available raws.
DL: http://waa.ai/4Z9B 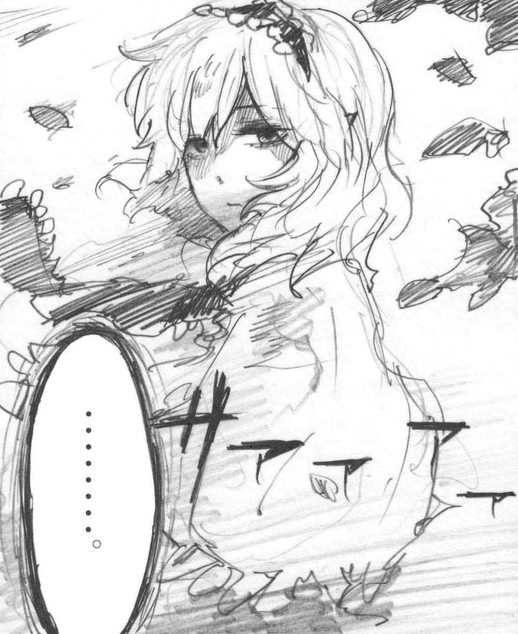 DL link: http://waa.ai/4hAK
I couldn't decide on a good panel to use without spoiling the story, so I just took this one.

The foreword on page 2 is the message of a sign posted outside Aokigahara.
Look it up, it may or may not help you understand.

I really like Chihiro's art style, combined with the story.

random TL note: Chihiro uses the word 斃された (<was> killed (violently) by) instead of 倒された (<was> defeated by). They both sound the same (taosareta), one just has a more violent connotation than the other, hence I used the word "killed" instead of "defeated" (it's the one in italics).

rip noob marisa can't even beat stage2
to be fair that spell card where she chases you around is really annoying, and it's a challenge to beat without using Patche as support 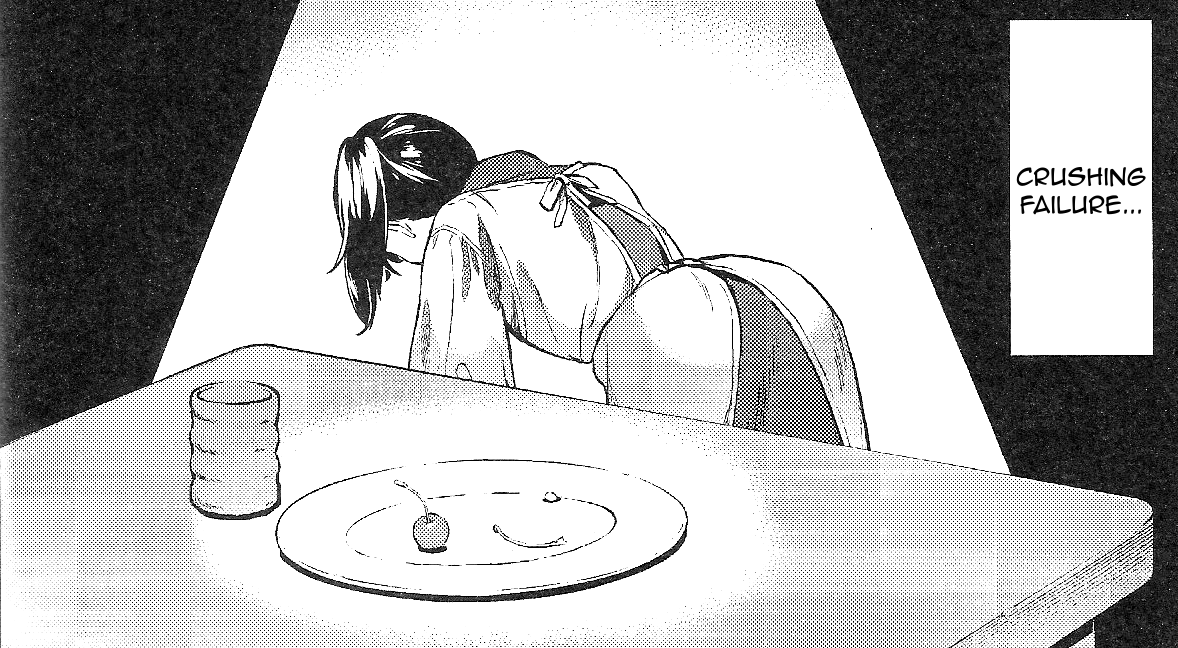 Scanning is a lot harder than I thought.
Still two more to scan.
Raw is on E-H, for other translators more comfortable translating from Japanese. 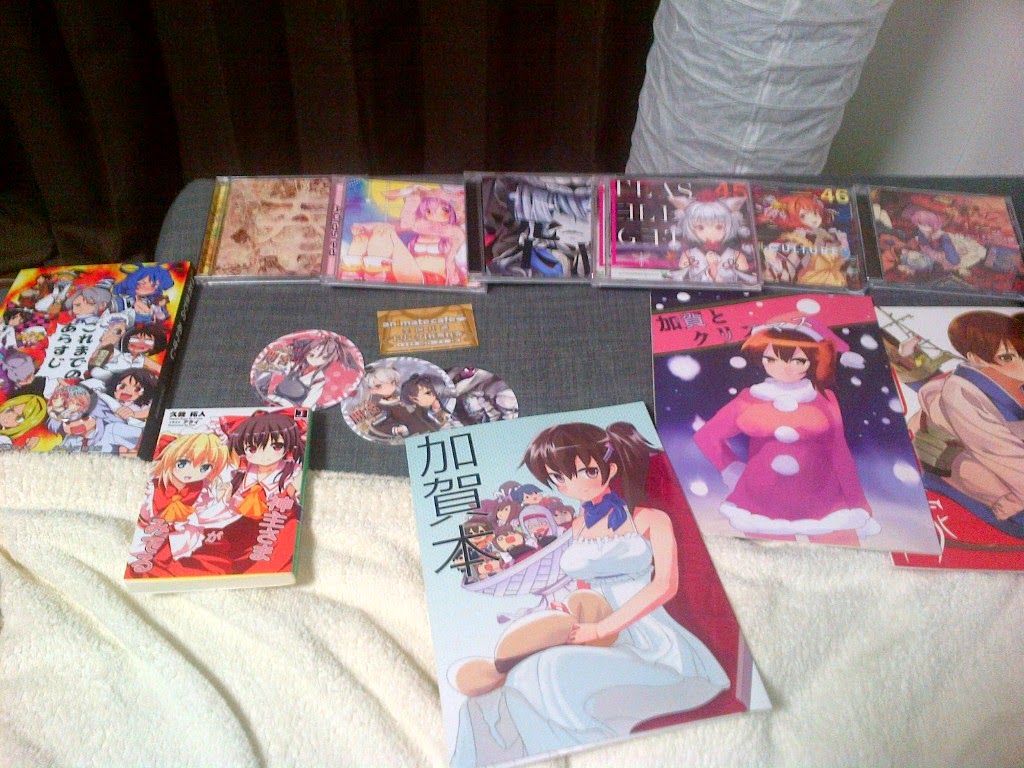 Loot get (figures not in the pic).
I think this will be all of it.

Yes, that IS a Fuantei compilation book. This is why we can't have nice things

I might be scanslating those Kaga doujins, but that depends whether I figure out how to work my scanner. I WILL TRY
Why did my contact get me Kaga doujins?
Posted by noi at 4:59 AM 5 comments:

I couldn't go to Comiket due to passport problems...
Immigration is op.

I did get part of my loot, more on that soon when I get it all.